It has been almost two years since my last blog update, so I figured it’s about time to write a little something.  So much has happened to me within the last two years; especially within the last year.  As many of you may know, my partner of 10+ years passed away on August 26th of last year, and it has been a difficult transition to say the least.  However, I have an AWESOME group of friends that have been there for me through every laugh, tear, and heartbreak.  To my best friends Erik, Mike, Robert, and Sheila (along with other close friends too numerous to mention), thank you for being the solid foundation that I so desperately needed.  I honestly don’t think I could have come as far as I have without your support and guidance.  You are all true friends in every sense of the word.  I love you guys with all my heart.

And to the new friends I’ve come to know over the past couple of months through my travels: you may not realize it, but you have played an integral role in my life and have helped me to grow mentally and emotionally.  Even though we may not share a lot of memories right now, I feel certain that our friendships will continue to develop into true, meaningful relationships. 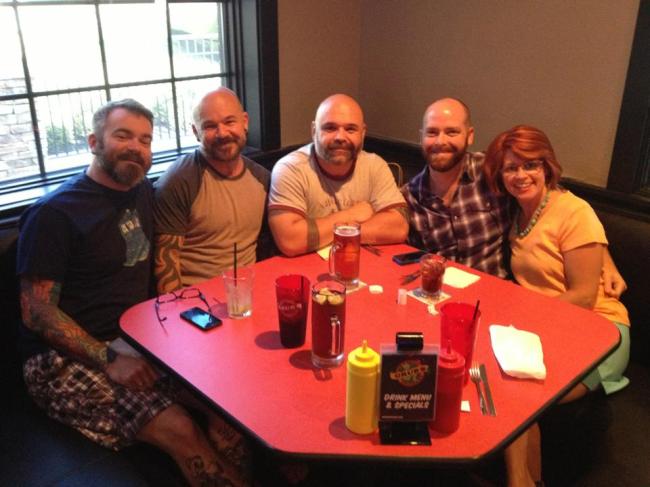 (My best friends from left to right: Erik, Robert, Me (of course), Mike, and Sheila)

Posted by arbearguy on August 22, 2013 in Uncategorized

One of my biggest pet peeves is the proper use and spelling of common words.  I don’t claim to be an expert on grammar; however, the words shown in the diagram below are basics learned in elementary school grammar class.  In my humble opinion, there is no bigger turn off than to receive an email from someone claiming to be a professional that contains numerous grammar and spelling errors.  Even if a person isn’t very intelligent, computers have spell check and grammar check built into them, leaving no excuse for excessive errors.  Anyway, off of my soapbox.   ;^)

Posted by arbearguy on November 23, 2011 in Uncategorized

Watch out Linda Blair; there’s a new kid in town!! 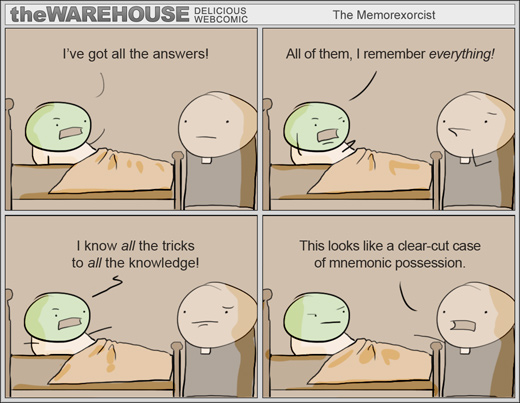 Posted by arbearguy on October 27, 2011 in Uncategorized

There should be a warning label on this particular scent of AXE Shower Gel that states “WARNING!!! THIS PRODUCT CAUSES BURNING OF THE BALLS AND BUM”. Or maybe use of the word “SHOCK” in the branding was meant as an implied warning to consumers. Either way, consider yourself warned!! 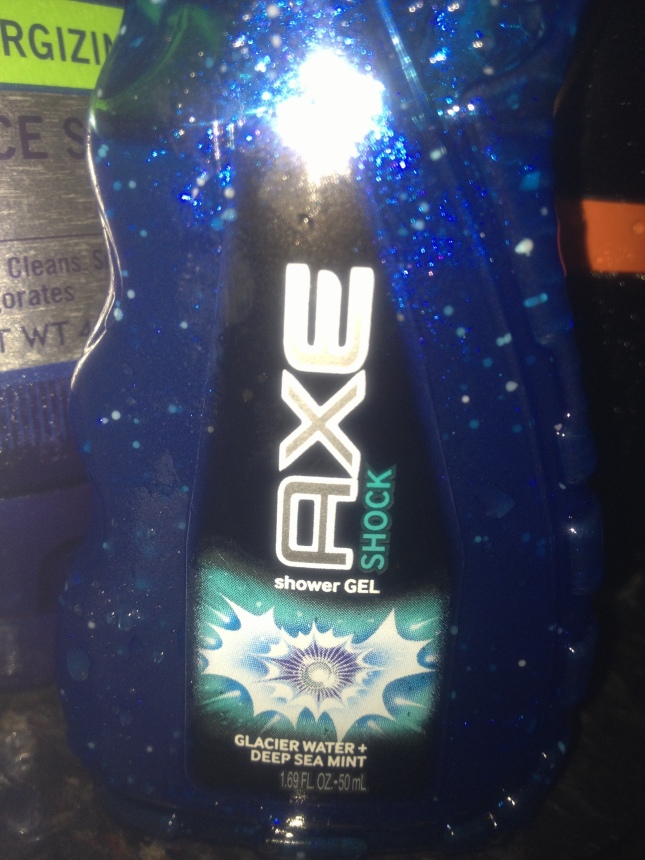 Posted by arbearguy on October 21, 2011 in Uncategorized

These little guys are supervising our moving process. Need to make sure I have all my ducks in a row. ;^) 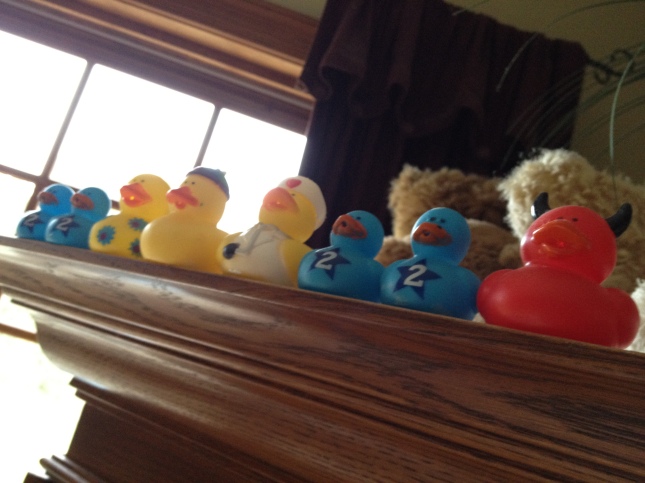 Posted by arbearguy on October 19, 2011 in Uncategorized

As if my first episode wasn’t enough, here is the second installment of Acid Trip (aka Planet Unicorn).  So once again, grab a bowl of ‘shrooms…ummmm, popcorn (Freudian slip)…and ENJOY!!!

Posted by arbearguy on October 19, 2011 in Uncategorized 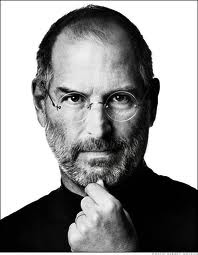 …there is really nothing more to say. I heard of Steve Jobs’ passing only moments ago and I must admit that I teared up a bit. Steve was and is one of the most brilliant minds of the 21st century in that he revolutionized the way our world works, plays, and communicates. He has drastically changed our lives in ways we never dreamed possible. Not only is Steve a part of history, he’s an icon of pop culture; an embodiment of the American Dream.

Steve, you will be sorely missed. Thank you for everything you’ve given to us and to the world. Sweet dreams.

Posted by arbearguy on October 6, 2011 in Uncategorized

For those of you who aren’t familiar with this series, I introduce to you the first webisode of “Planet Unicorn”, which I have aptly renamed “Acid Trip”, Episode One.  It is not necessary to thank me for bringing this webisode to your attention.  I will simply say “YOU’RE WELCOME!”.  Now grab a bowl of popcorn, sit back, and enjoy the show.

Posted by arbearguy on September 28, 2011 in Uncategorized 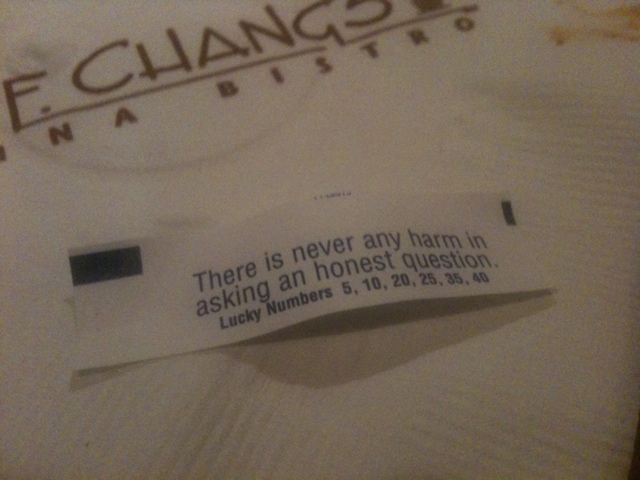 The husbear and I were in Memphis a while back eating at P. F. Chang’s. After quickly consuming our ever-so-tasty meal of Lettuce Wraps and Orange Peel Shrimp, my favorite part of the meal came…FORTUNE COOKIES!! As I’m sure many of you are aware, fortune cookies generally are NOT fortune cookies at all; they are actually Statement Cookies. My Statement Cookie read as follows: “There is never any harm in asking an honest question.” While this is in some cases a very true statement, the husbear brought up a very valid point. What if the ‘honest’ question was “Why are you so fat” or “Why are you so ugly” or “Why do you have that wart on the head of your penis”? Would there be harm in asking these specific questions? I would think so. What are your thoughts? What other questions can you think of that may not be appropriate?

Posted by arbearguy on September 24, 2011 in Uncategorized

Back in 2003, my partner and I embarked on a journey to build our dream home.  We chose a floor plan and began our search for the perfect plot of land, which was a tremendous undertaking.  But we finally found that two-acre piece of tree-dotted heaven in the spring of 2004.  We broke ground in August of that year, and by August of 2005, the moving truck pulled into the driveway and the movers began cramming the house full of every personal possession we owned at the time.  It was a very exciting time in our lives.  We had only been together three years at that point and we felt as though we were beginning a brand new chapter in our lives.  We honestly felt that this new dream home would be where we spent the rest of our lives.  Heck, we even built the house to suit our dogs, complete with a 7′ x 7′ dog room in the walk-out basement that was heated and cooled, completely tiled with hot & cold running water so that our four, four-legged children wouldn’t have to take cold showers in the winter, and a large doggy door so that they could go in and out at their leisure. 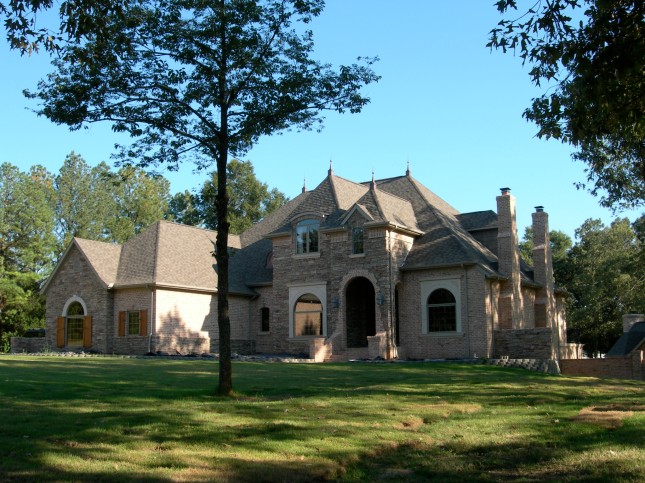 Our House (known affectionately by our friends as “The Holodeck”)

A few years ago, my partner and I started becoming restless.  There we were, a gay couple who – at the time – had been together about six years.  We live in a small rural town in northeast Arkansas with a population of approximately 25,000 and we are completely in the closet.  My partner is a physician and I am a Realtor, and being out in a small, rural, Bible-thumping, Church of Christ-ridden community such as ours would be devastating to our professions.  As we began to travel more and more to various cities across the US, we starting meeting other guys from larger cities who didn’t have to hide who and what they were and we began to realize how oppressed we really were.  At this point, we decided that we would put our house on the market and hope against all hope that a large house such as ours would sell because, at the time, houses such as ours had NEVER sold in this area and the likelihood of it selling anytime soon was slim to none.  The thing is, this big noose-of-a-house hanging around our necks was really the only thing keeping us from moving on…until now.

Last week, on Wednesday September 7th, we received an acceptable offer that was contingent upon their house selling, with a proposed closing date of December 9th.  Even though we had an offer in place, we had our doubts as to whether or not we would actually close due to the contingency looming over the contract.  But then the unexpected happened:  another client with whom I had been working made an offer that was equal to the first offer, but with no contingency and this client wanted to close on the house ASAP; so then we had TWO offers on our house.  The first buyer was notified that there was a non-contingent offer on the table, so he removed the contingency, agreed to buy our house “as is, where is, with all faults”, and we close on October 24th.  All of this has happened so quickly and we are so overwhelmed.  On one hand, we are so happy and excited that our house is sold and that we’re finally able to start a whole new chapter in our lives; on the other hand, we feel sad because we’ve spent the last six years of our life in this house…it’s the first house we built together…it’s where our first dog, Jake, is buried…it’s where we’ve laughed, loved, fought, and cried together; and now someone else will be wandering the halls…someone else’s dogs will be inhabiting that little 7′ x 7′ room built SPECIFICALLY for our dogs.  And on top of all this, we’ll be leaving Arkansas within the next year (maybe more, maybe less) and we won’t be able to drive by to see if these new owners are loving the house as much as we do.

Now we are forced to begin the process of moving, and as of right now we have no idea what or where we’re going to live…we basically have no place to go at this point.  We are also faced with the dilemma of whether to lease a home or buy.  The Realtor side of me says that we should purchase a home; but the other side of me says that we would be crazy to make such a large purchase considering we’ve spent the past couple of years trying to unload our current home.  If we rent, most land lords don’t want to take on a tenant with four LARGE dogs and I can’t say that I blame them one bit; however, we refuse to get rid of our babies because they’re just that…OUR BABIES!!!

My other BIG dilemma is my parents.  About four years ago, my dad started entertaining the idea of retiring.  My partner and I decided to build them a house and move them from Texas to Arkansas.  My parents are getting on up in age, and the idea of them being so far away and not being able to take care of them properly was really worrying us.  My parents have been here for three years now, and the idea of leaving them here is literally breaking my heart and theirs.  We have even offered to bring them with us wherever we go, but they don’t want to leave.

I know that in the long run our decision to move on and start this new, exciting chapter in our lives and our relationship will be the best thing for us.  We will be leaving behind so much, including many of our friends in Little Rock and Memphis; but we will be gaining so much more.  I feel that in the end, I will only have two true regrets: (1) leaving my parents behind, and (2) leaving behind our best friends, Robert and Erik.  Robert and Erik have been through so much with us, and vice versa.  Even though they live on the opposite side of the state (which is about a 5.5 hour drive), the idea that we won’t be able to drive over for an occasional visit makes my heart heavy.  Robert and Erik, if you’re reading this, we want you to know that we love you with all of our hearts and we hope that one day the four of us will be together again.  On that note, I will close.

Posted by arbearguy on September 16, 2011 in Uncategorized